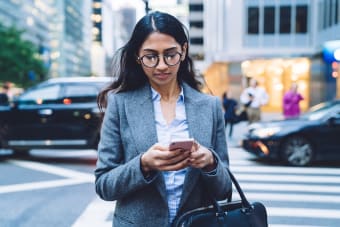 iTero is a dental scanner that allows your dentist to take digital images and plan your Invisalign treatment in real-time. Our CCOA dentists are here to tell you all about its applications for your smile.

What is iTero used for?

Intraoral scanning is a 3D approach to capturing dental images. This technology allows our dentists to achieve accurate and detailed dental models that enhance the efficacy of restorative dental work. 2D imaging is not sufficient for modern patient-tailored dental treatments like Invisalign aligners.

How Do iTero Intraoral Scanners Work?

A smaller wand size also means you don’t have to open your mouth uncomfortably wide. The reduced size also gives the orthodontist more flexibility as they take your scan. During the scanning process, flexibility always means greater detail. iTero digital impressions are, therefore, both quick and accurate.

iTero scanners also allow for real-time simulations. This means that you get to watch the generation of your dental impression as the wand moves through your mouth. The simulation gives you a bigger role and increased control in the process. All resultant scans can be forwarded to your aligner manufacturer of choice if you wish.

The Invisalign Outcome Simulator is exclusively iTero powered. It not only allows patients to see their scans come to life in real-time, but it also simulates the final results on-screen. That way, you get to suggest changes before it’s too late. These projected corrections also give you something to look forward to. The visualization has also been instrumental in helping patients plan for future treatments. It’s not unheard for a patient to plan for further orthodontic intervention after they realize that scheduled treatments won’t give them their desired smiles on their own.

The Invisalign Progress Assessment is an Invisalign tool that allows us to monitor the progress of your treatment. The tool compares your scans to your ClinCheck treatment plans. If there is a substantial difference between the projected results and the results exhibited, Invisalign will respond appropriately. The Invisalign Doctor Site (IDS) receives reports of your progress, allowing the company to iterate your aligners for the best results.

What else can it iTero be used for?

If aligners are more practical for you than traditional braces, we’re here to help. Our intraoral scanning process only takes a few minutes. Below are four situations outside of teeth alignment that may necessitate an intraoral scan:

To learn more about Invisalign and the capabilities of the iTero scanner, get in touch with a CCOA member practice near you!

Will My Routine Be Altered With Invisalign?

Our CCOA dentists offer Invisalign® to those who are looking for an effective orthodontic solution that won't dramatically change their daily routine. Learn more about how you can go about your normal life with Invisalign.

Traveling With Your Invisalign Aligners

If you chose to get Invisalign®, chances are you were counting on your life not changing dramatically while you wait for your teeth to straighten. If you're an avid traveler or just want to take a weekend trip, our CCOA dentists are here to tell you how to travel with Invisalign.

If you're an accomplished BC dentist with an interest in clear aligner orthodontic treatment, we'd love to hear from you.